At the end of the nineties, I wanted to make paintings that talked about the difference between seeing an image on the computer monitor and one that was painted in oils from a digital print. Raster image manipulation programs were leaving a marked influence on my thinking. I realized that I had a tool that could provide precise control over the representational content of a painting, even before I began the painting. A preoccupation with internet-researched subject matter and increased physical dimensions of my work were the first things that I understood of networked culture. (Hélixx, 1996)

The world had changed since I went to art school. I found that I could no longer make qualitative judgements of pictures, based on principles that I had learned in school because on that computer screen, they all looked the same to me. I realised that pretty good studio art was being created daily throughout the world, sometimes in multiple copies. With such a vast selection available for the consumer, it was hardly relevant what I did in my studio. As a primary producer of culture, I had to change my business model.

However being trained in the seventies, I still had a conviction for the materials and atmosphere of the studio. Through painting I wanted to explore the confusion created by abundant availability. With my project Phasis (2002), I made some paintings about paintings and contrived the look of museum pieces both in scale and content.

I worked from scanned and enhanced photographs. I also returned to etching and silkscreen. At the same time I was getting more involved with what was happening on my computer, not just at the level of the graphic interface but also with the architecture of programs. I had come to understand that the the network could be seen as a dynamic model of thinking. Ideas circulated on the network were being adapted or assimilated into the minds of other individuals. I began working directly with the internet (Phasis, 2004, Rhizome artbase link) finding that the experience felt similar to what I was doing in the studio except that the materials and scale of the work were abstractions that occurred in a virtual space. It was at this point that I realised that that I didn't have to limit myself to any particular medium to express what I was experiencing about the world that I was living in.

I had previously begun a series of paintings called "Fossil" that I worked on concurrently with Phasis. In fact, I believe that I am still working on the "Fossil" series. The paintings brought me back to the gestures that I had used when I first started painting professionally nearly forty years ago (untitled, 1973).

I was applying confetti-like dots to affirm my ontology as I was painting. I rendered simple things, like a plant that blooms only one day (Dayflower, 2001).

I "buried" renderings with layers upon layers of paint that fossilised the felt experience. My subject matter was almost random because I understood that art was not representation but rather perception, experience and learning. I did not believe that I could do anything with my work to make it become this or make it become that. Almost like automatic painting, the form of my work would ultimately turn out the only way that it should (Syntagma, 2000). ... more 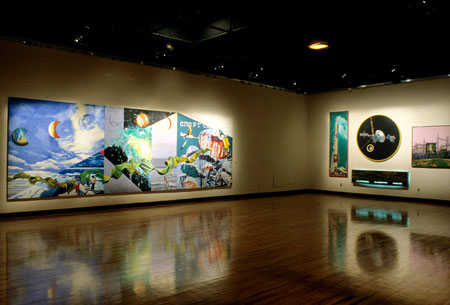 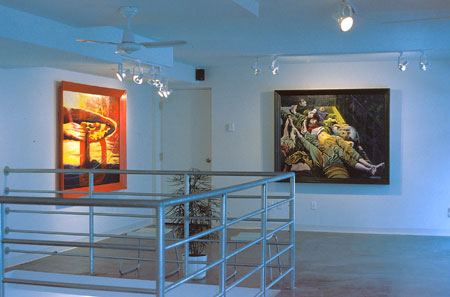 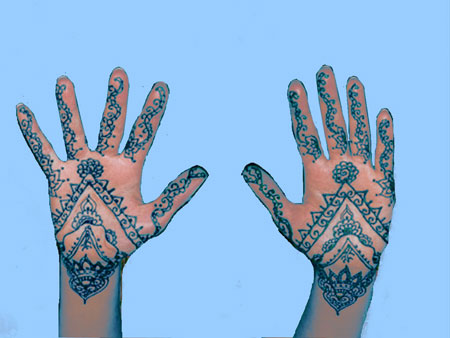 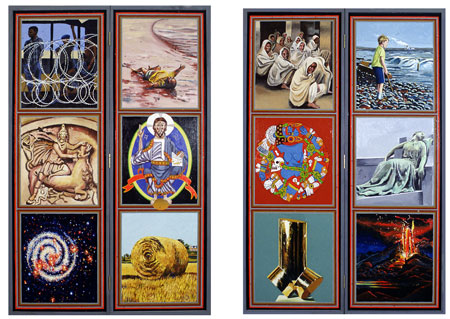 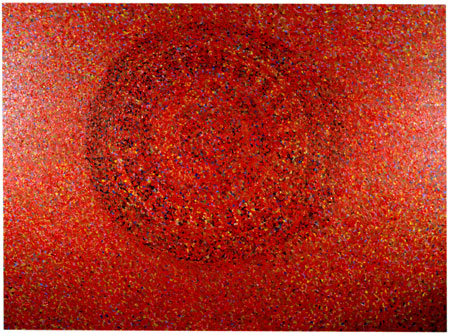